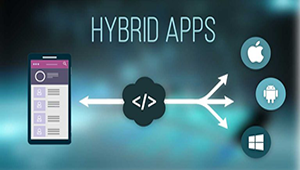 What are hybrid apps?

“Hybrid app” is a self-explanatory term which means a combination of both native and HTML5 worlds.

Hybrid Apps are mainly built using HTML5 and Javascript, and put inside a thin native container, which provides access to native platform features. A Hybrid Apps is a combination of technologies such as HTML, CSS and JavaScript. To build a hybrid Mobile app, developers write the core of the application as an HTML5 mobile app and then place a native device wrapper around it.

Rather than building two separate native apps for Android and iOS platforms, it’s obviously cheaper to build a hybrid app that could operate on both platforms. With the help of a set of libraries and various development frameworks such as Xamarin and PhoneGap, hybrid app developers can accelerate the development process and submit the app to various app stores to save both time and cost.

It’s hard to address and cater to each and every issue that arises with the change of the platform. UI and UX elements and these issues will be the same and consistent to both mobile device platforms. It displays data faster and adjusts to different device screen configurations immediately. It also resolves the issues of the fluctuating data streaming capabilities. The hybrid app UI can also load the high-definition graphics and content quickly.

Like native apps, hybrid apps leverage the device’s internal programming system through an overlay, which helps to enable seamless synchronization with other compatible apps. This reduces the integration issues for developers. In turn, the hybrid apps work well with the device’s native applications such as camera, messaging, GPS, etc. to ensure a smooth user experience.

Hybrid apps store the device’s API to save offline data that helps to load the application quickly. It partially stores information that the users can access at the time of poor or no connectivity. Since a majority of users want to reduce their mobile data consumption and have uninterrupted access to app’s data, a hybrid app is capable of providing just that – offline app accessibility without performance glitches. One of the primary reasons why hybrid mobile apps are the best when compared to native mobile apps is.

Hybrid apps are designed to make use of all the features available on a mobile device. Though native apps also utilize all the device features, maintaining it is quite a challenge for users and developers. Developers have to roll out new updates in the form of new versions. Every time a new version launches, users should update the app. A hybrid app bypasses versioning and makes app maintenance as simple as updating a web page, that too in real time. This level of flexibility further facilitates the scalability needs of an enterprise.

Debugging – The extra layer conjointly makes debugging very hard. Developers have to depend on the framework itself to play perfectly with the targeted operating system. Since developers will not possess a deep knowledge of the targeted platform, deciding the precise cause of an issue will be a very lengthy task.

Hybrid apps do not have the entire features available in native applications as there are some native features that work only with specific platform.

The performance and efficiency of the hybrid app is slower and less polished than native apps. Therefore running a high performance app becomes frustrating for the end users.

There are some hybrid applications that come with hidden errors and lead to failure in the performance. These errors are difficult to discard.

Hybrid app is a way of fulfilling the different needs and preferences of users and developers. 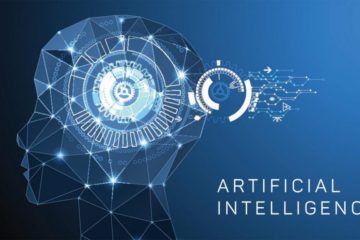 The impact of Artificial Intelligence on Mobile apps

In computer science, Artificial Intelligence is also known as Machine Intelligence. AI, the imitation of human intelligence is processed by machines. The process includes the three-steps: Learning, Reasoning & Self Correcting. Those who use iOS Read more… 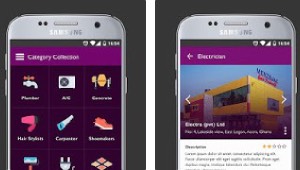 One of the rarest, but most convenient apps, developed for the busy, digital-minded persons of the 21st Century. The handyman app that is most popular among Ghanaians, Togolese, Beninese & Burkinabése. Providing the facility to Read more…