Is Social Media A Competitor For Print & Electronic Media? 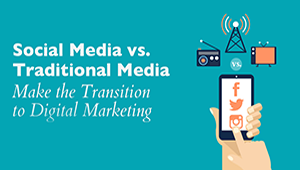 Or is it the latest friend of both? Read to learn more about the necessity and usability of Social Media in Marketing.

As discussed in my previous article on ‘Future of the Software Industry with the emerging nature of Social Media Marketing’, it must be understood that Social Media is needed not only for the Software Industry but also for almost all industries in general. Nevertheless, it is proven that as a result of the emerging nature of social media, all industries are facing its impact directly or indirectly. Hence, Marketers should be well equipped to face this dynamism.

In the language of ‘Facebook’, “Social media is the newest ‘friend’ of print & electronic media.”. However, people in the Print and Electronic Media (hereinafter referred to as other media[1]) industries tend to perceive that ‘Social Media’ is a competitor and vise versa. However, personally, I tend to disagree with this argument.

Is Social Media a Competitor for Other Media?

Not at all. Whatever is published/telecast on articles and/or videos on other media can be uploaded onto social media, and where viewers’ comments are allowed on the content, it would be talked about constantly. As a result of this, other media life cycles will be stretched.

‘Print will be gone in 10 years,’ Former CEO-Microsoft

In line with the thinking of the above statement, it can be also argued other media would decline due to the emerging nature of web & social media and also due to world trends, which are reinforced and defined by modern customer behavior.

Distinction from other media

It is understood that Social media is an online publishing platform which may be accessed by anyone.

One intrinsic feature in both social media and other media is the ability to reach small or large audiences; for example, either a blog post or a television show might reach zero to many people. But a blog can be shared million times until it reaches the target audience with no cost whereas a television show has its inherent limitations to do so.

The properties which help describe the differences between social media and other media are as follows:

Media marketers are very important stakeholders for other marketers. They can be simply defined as, ‘marketers who are in the media industry’.

Should media marketers be conversant with social media?

Media marketers cannot ignore or disregard Social Media, as Social Media is an emerging area under Media. As stated throughout this article, any marketer (not only media marketers), should believe in and be thorough with social media to have the right blend of the modern promotional mix or they will only attain a natural death in the marketing profession.

Why should the media marketers out there especially believe in and be conversant with this brilliant 21st century promotional miracle? Well, it is due to the fact that modern viewers/readers are no longer very frequent in other media although other media can still be revolutionized with social media. In other words, as discussed above, the content that is broadcast in other media can be viewed only at the time of publishing and this can be overcome by converting them to lifetime news whereas they can be viewed at any given time on social media utilities. Hence, media companies should now look at their own customized social media accounts such as an FB Fan page, a Twitter account, a flicker account, Instagram, a customized YouTube account etc.

Moreover, media marketers should focus on interactive television, eRadio and eNewspapers – i.e., the online versions of print and electronic media, in order to reach viewers more efficiently. The accessibility of archives and ability to search for already published news/articles and videos via a customized web solution enables the user to promote and share e-versions with the help of social media tools to attain the highest viewership.

At many Annual General Meetings of the Sri Lankan Chapter of the South Asian Free Media Association (SAFMA) and especially the keynote presentation delivered on 12th November 2008 in Colombo, clearly stated and predicted the emerging social media trends, challenges and its impact on other media. Having considered all above, now is the time for media marketers to be more ‘tech savvy’ and become believers of social media, if not so already.

It is not simple to become an effective social media marketer. However, simple principles may be followed to achieve this goal.

The main trait necessary for social media marketers is a sincere inquisitiveness/interest in social media, predominantly on how it inspires human connections and commercial practices. This is not just typical compulsory job skill but rather a profound interest that permeates in one’s day to day life. Furthermore, one needs to be persistently abreast of the latest technologies whilst striving to always learn and improve one’s knowledge levels. One should also possess the tactical knowledge and the first-hand experience of the specific social media platform. These skills, when pooled together would without a doubt be helpful in planning & managing successful brand strategies & marketing campaigns.

“A brand is no longer what we tell the consumer it is – it is what consumers tell each other it is.”

I personally believe that offline print and electronic media will survive for at least a few more decades with the help of this ‘hybrid’, i.e. the partnership between print/electronic media and social media, due to the low credibility of content being one of the limitations with Social Media, whereas the credibility of content published and telecast on broadcast media, is very high in comparison.

Therefore Sri Lankan media marketers must closely analyze the present Social Media Strategy in their respective organizations and consider the same as a vital element in the marketing plan, which would be a significant tiebreaker when comparing your strategy with that of your competitor.

Continued from the August Issue 2011.

[1] Print/Electronic Media or “Other media” are also referred to in certain countries and/or industries as “Traditional Media,” or “Mass Media”. 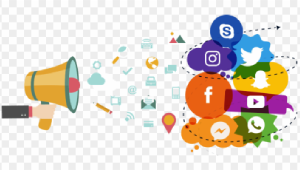 Importance of social media in marketing.

Social media has become one of the game-changing phenomena in communication in the 21st century. It has been enabled by the number of internet users growing from its initial moderate low millions to more recently Read more…